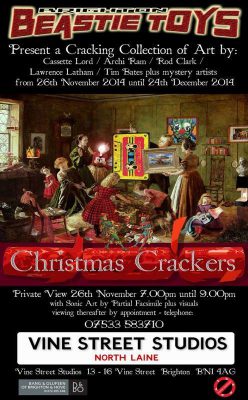 Partial Facsimile members Alex Merron and Laila Hansen collaborated with musician Jacob Brandt for a unique performance in 5.1 surround sound at the Beastie Toy’s private view exhibition at Vine Street Studios in Brighton. A rehearsal of this performance was released as the three-track album Amidst the Pedals & Cables, and a physical copy is to be included in the British Library Sound Archive.

Please visit https://jacobbrant.bandcamp.com/album/amidst-the-pedals-and-cables-live to have a listen, plus a high-quality download in MP3, FLAC and more. 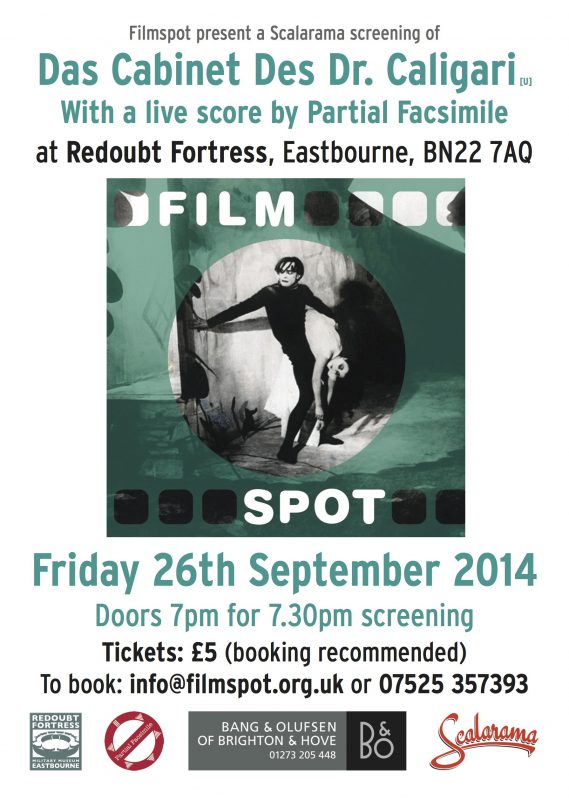 Partial Facsimile scored a new sound track for this classic expressionist horror film (the first one of its kind according to legendary film critic Roger Ebert), set in a chilling hall at Redoubt Fortress in Eastbourne. This concert was in junction with Scalarama Film Festival, Filmspot and Bang & Olufsen of Brighton & Hove. 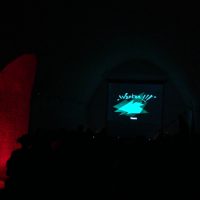 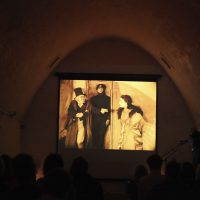 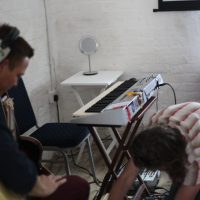 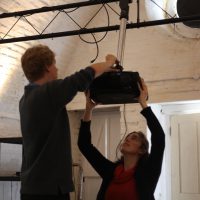 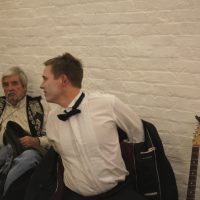 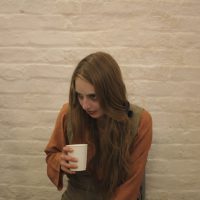 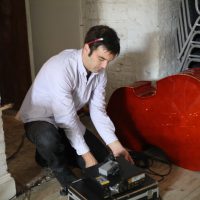 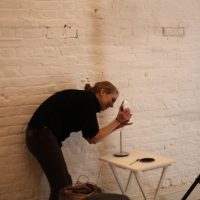 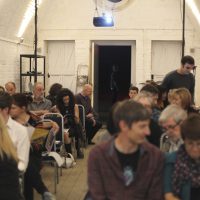 Partial Facsimile collective were very excited to have been asked to take part in Fort Process, an international sound- and art festival set at Newhaven Fort. We conducted an informed improvisation concerning the industrial development of the location with a make-up of 5 musicians and 1 visual artist. Jamie Gillett’s brain wave controlled musical instrument, the Neuro-Harp, featured in our work as well as used in a solo performance.

‘Meeching Industrial’ is a tempo based piece exploring the industrial development in Bishopstone and Newhaven. It ranges from the year 1815 to 2015 with each minute representing one decade, with an extended 10-minute ‘future zone’ ending in 2025. The latter suggests the potential for a new industrial era. Each musician is instructed to improvise from historically syncopated audio and film that is mainly sourced locally. The sound will in-turn inspire live digital drawing.

In 477AD the Saxons arrived in Sussex and founded a village called Meeching on the estuary of the River Ouse. The name Meeching comes from the Saxon word meces and means the people or the camp of the sword. In 1579 a disastrous storm destroyed Meeching, and it was rebuilt and re-named Newhaven.

Making works that are accessible to a wide demographic is important in order for art not to be reserved solely for galleries or concert halls, but to rather help it exist in our immediate surroundings. We believe that by tapping into the local history and elicit sounds from spaces not necessarily designed for performances, these structures can be rejuvenated in an educational and ethereal way.

Special thanks to:
Newhaven Maritime Museum and South East Screen Archive for their support in providing historical documentation, images and film footage. We also thank Bang & Olufsen of Brighton & Hove for supplying the Beolab-14 surround sound cinema system and Lost Property for inviting us to perform. All of which without this performance would not have been possible.

In conjunction with the University of Brighton and Bang & Olufsen of Brighton and Hove, Artist collective Partial Facsimile presented a LIVE site-specific surround sound visual and sonic performance in an underground World War 2 air raid shelter.

Based upon the development of communication technology through warfare, 5 musicians, 2 visual artists, a performance artist and a conductor lead the audience through a culturally loaded tunnel system.