“Dynamic Dose” is a mixed media installation, originally presented in 3D sound and tungsten lighting. However, due to the ongoing pandemic, a binaural version has been created for headphone listening. The 20-minute extract has been taken from the full 3 hours 36 minutes mixed media piece, concerning sound and light frequencies used to stimulate well-being within depressed patients. The work is proposed to be an alternative to prescribed chemical anti-depressants; she does not claim for this work to be able to fully replace them.

The 3D sound installation was modeled on the Klang Dome at ZKM, Germany, and was made possible with kind support from FLUX SOFTWARE ENGINEERING (FLUX:: SE).

“Laila Riis and Partial Facsimile have been an important part of the Brighton / Sussex arts and music scene for over five years, as well as touring nationally. Their performances, installations and collaborations have made a significant impact in encouraging a multi-media approach to live art locally, bringing together sound and visuals in an immersive, site-specific manner that verges on synaesthesia, while remaining affordable and accessible to a wide audience.

Most recently I was lucky enough to experience the ‘Dynamic Dose’ 3D sound and light installation as part of an arts open house in the Brighton Festival. This emphasized the potential healing properties of the media used and felt both deeply transporting and intimate. In looking at ways that their practice can dovetail with mental health efforts, Riis and Partial Facsimile continue to expand the boundaries of their work, finding new ways to connect with and stimulate an increasingly diverse community of participants.”

Partial Facsimile is opening up their HQ in Seven Dials, Brighton, with installations by painter and designer Rod Clark, multi-media artist Pernille Fraser and Partial Facsimile‘s Laila Riis’ 3D sound and light installation. Every Saturday and Sunday for the next 3 weekends, our house is open from 12 – 5 pm. Get around here, engage with some art, fight the derealisation! Please find more information in the slides below. We look forward to seeing you! PFx 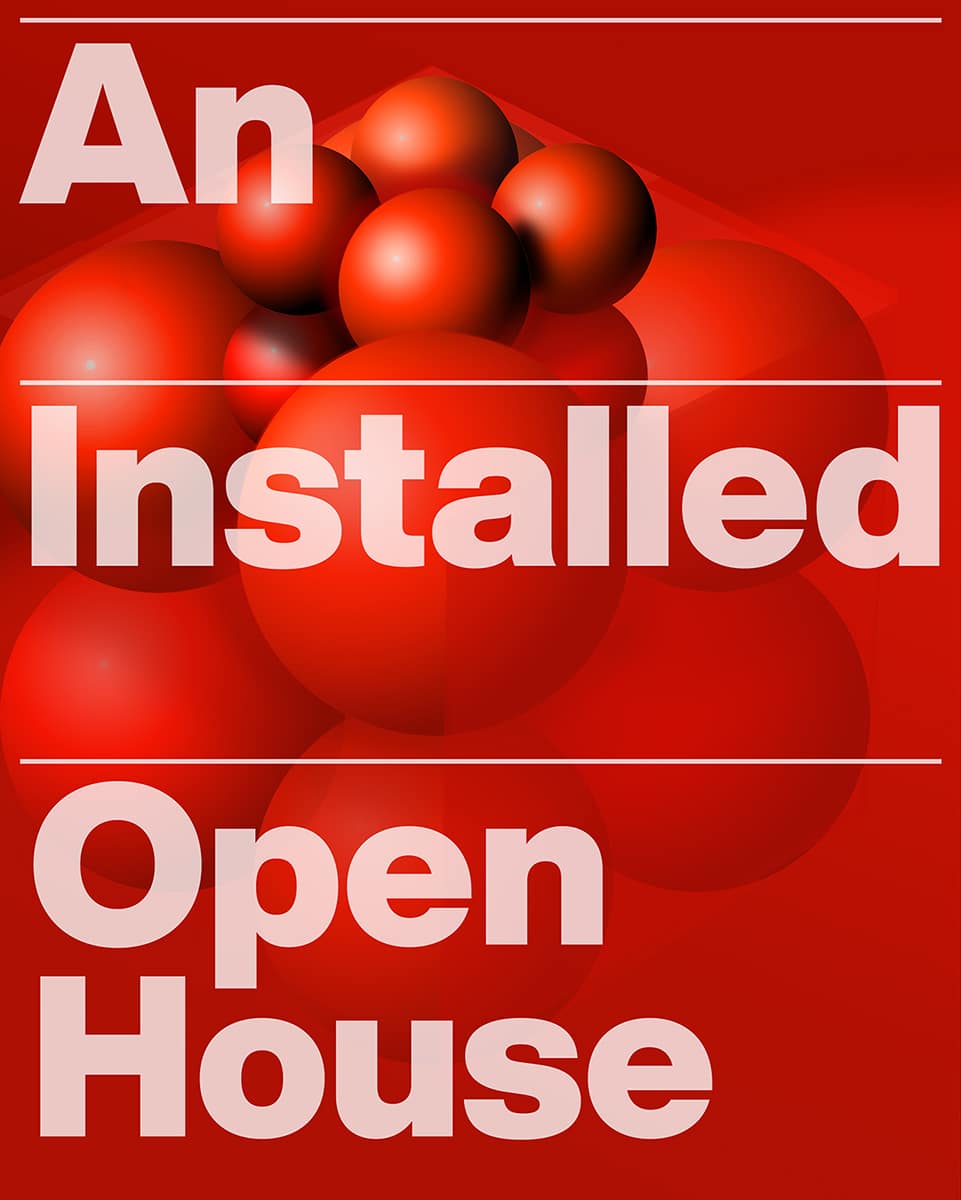 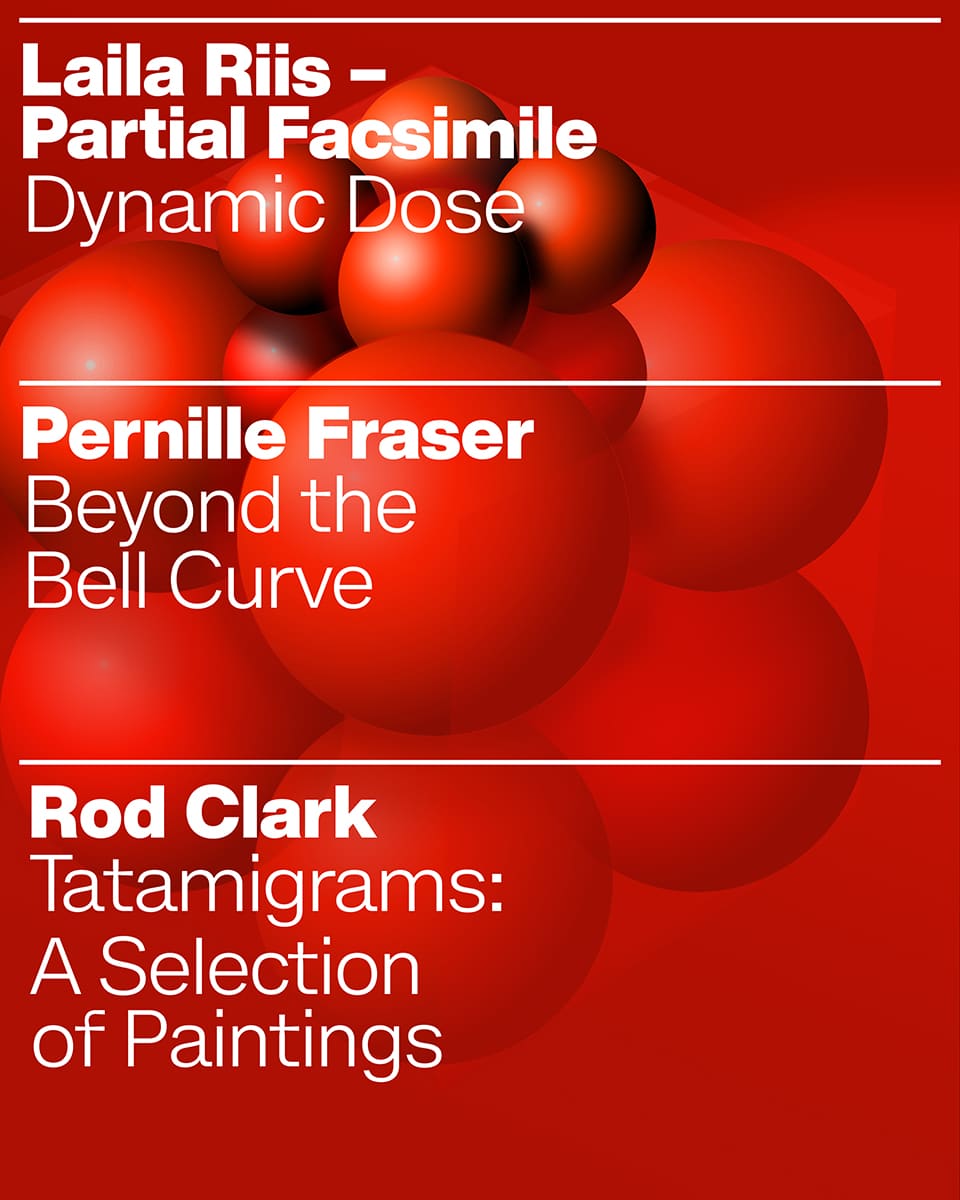 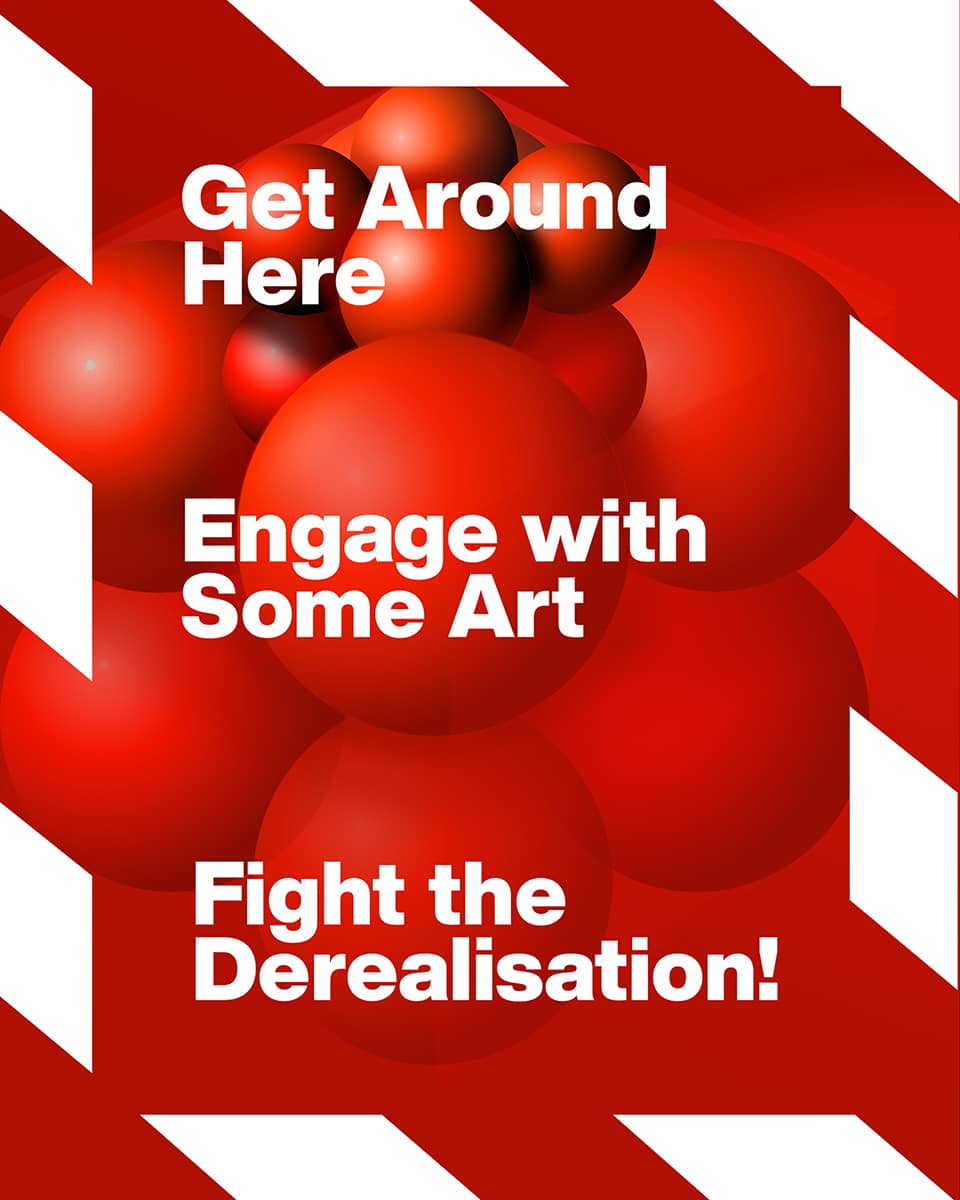 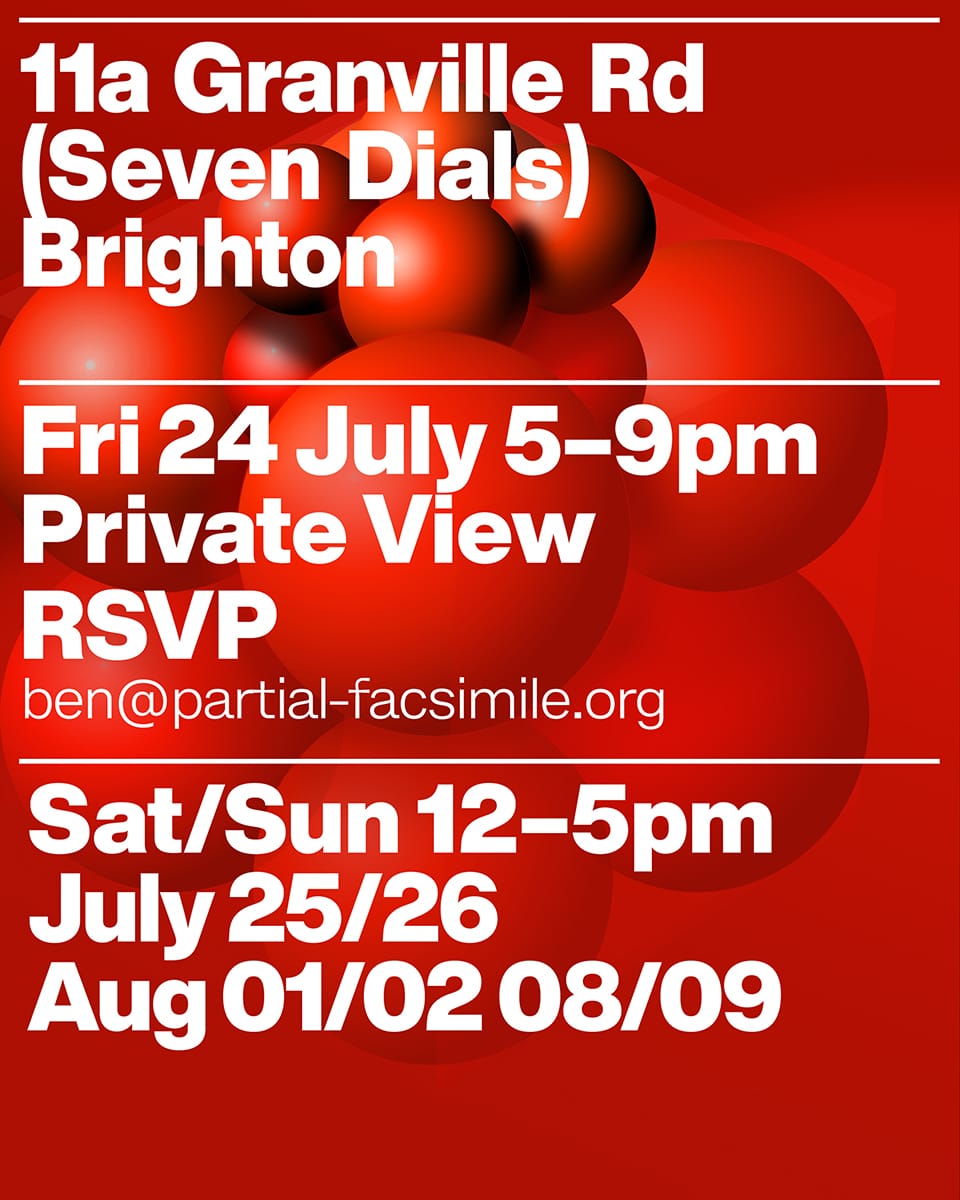 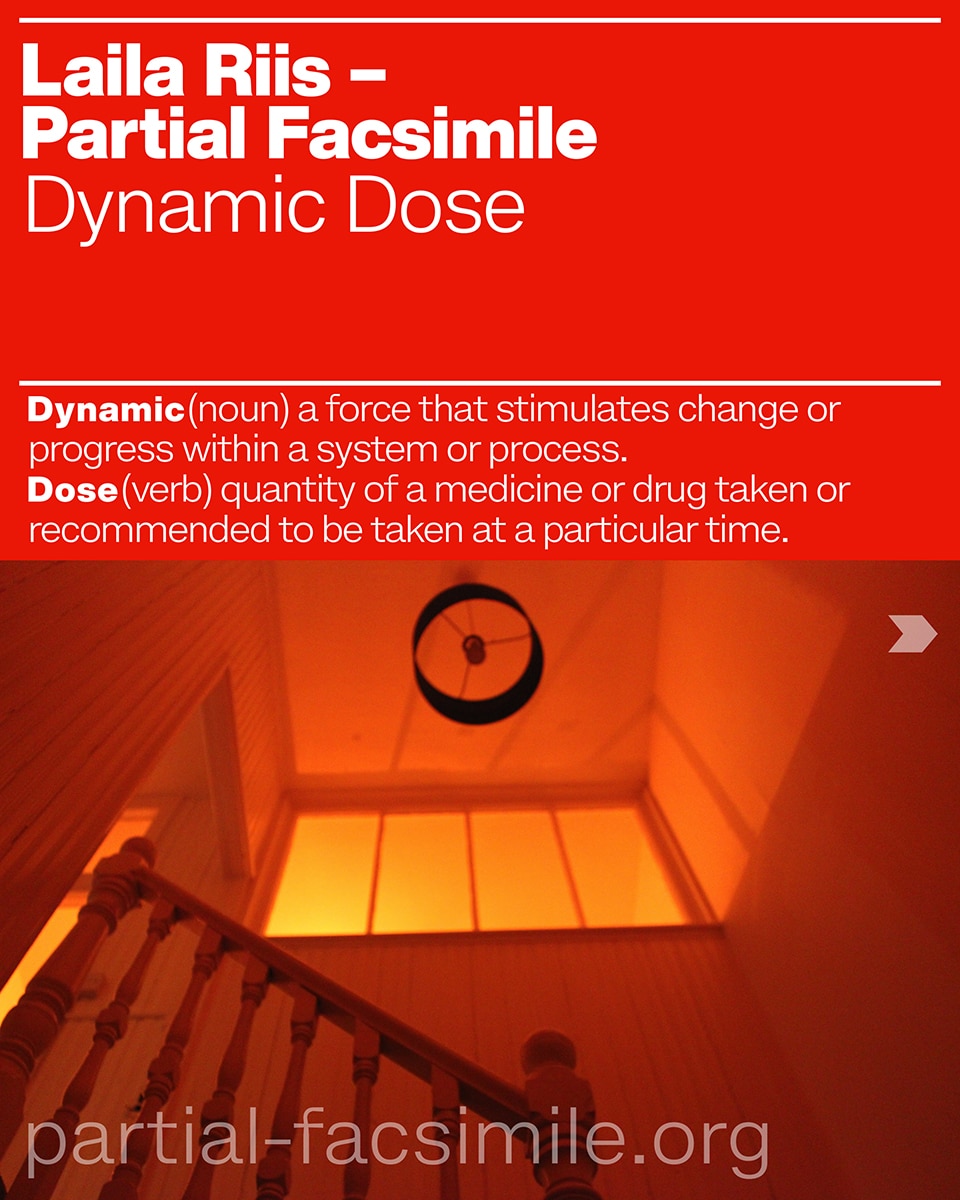 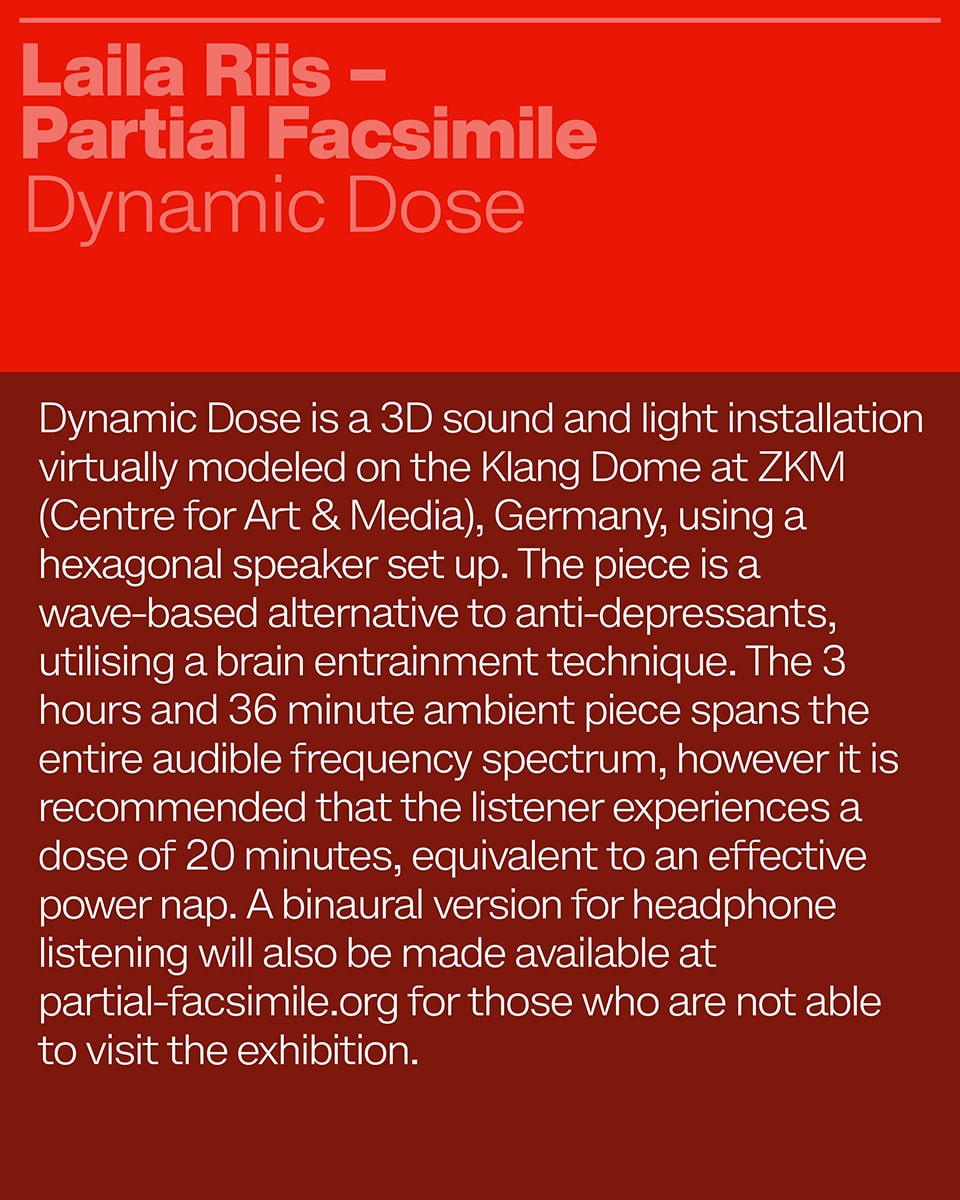 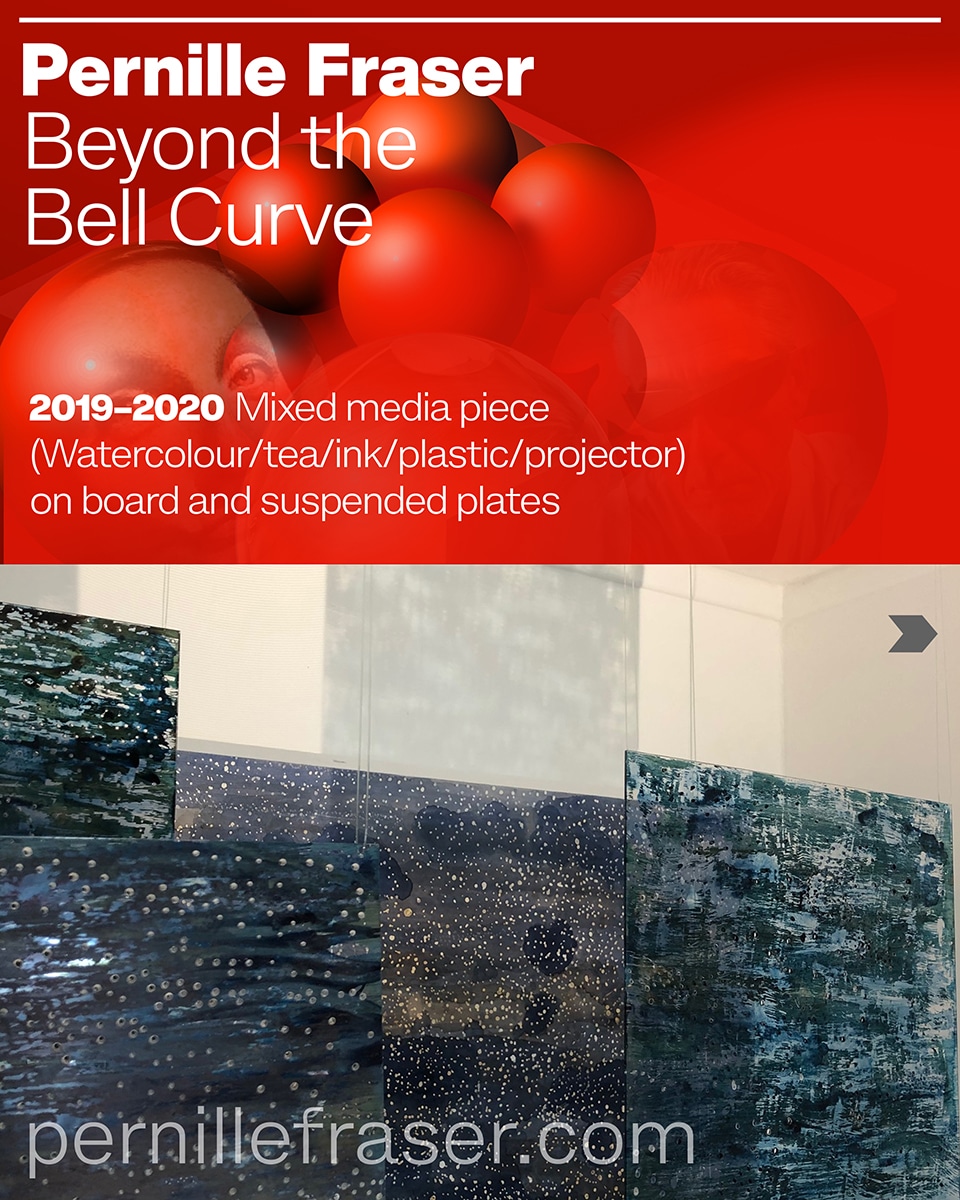 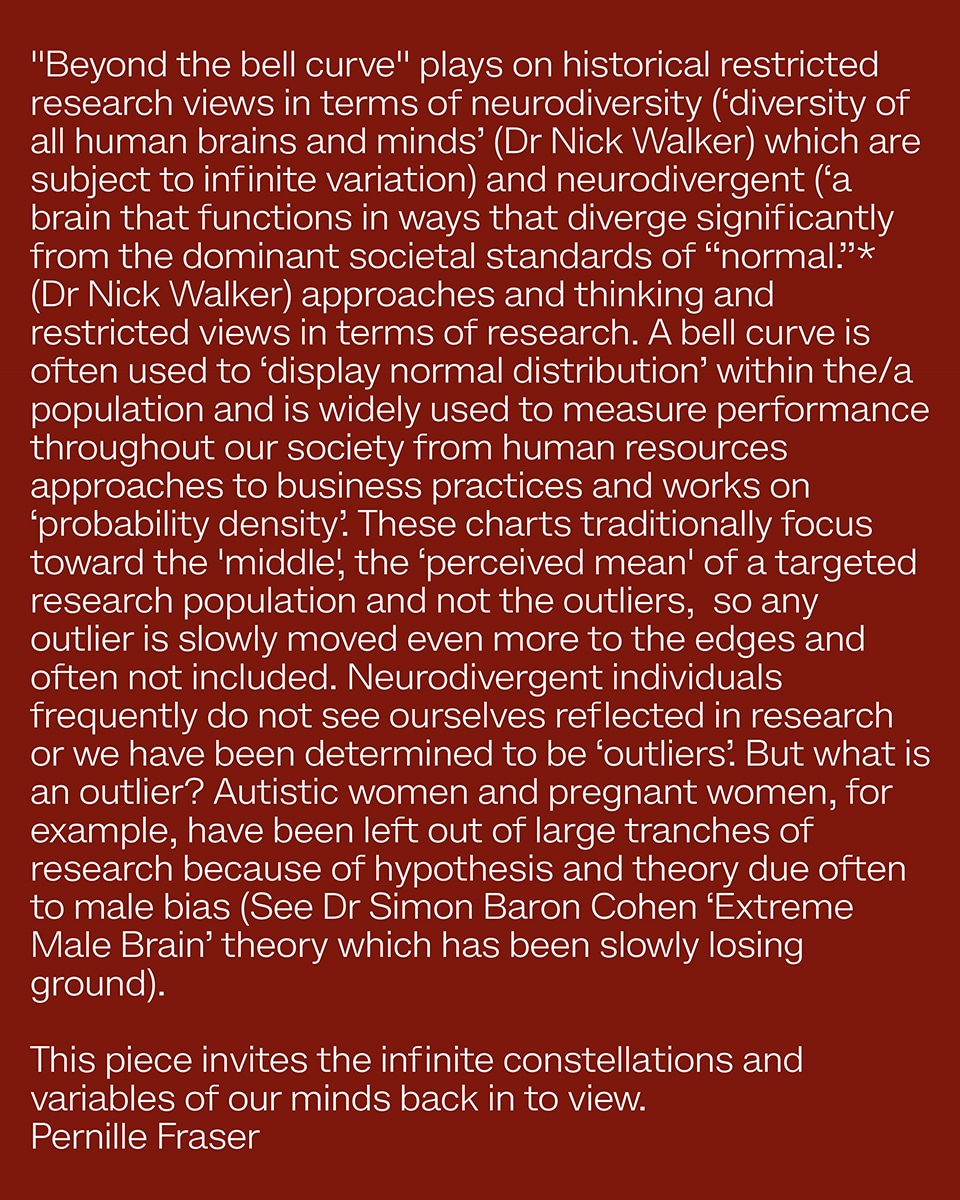 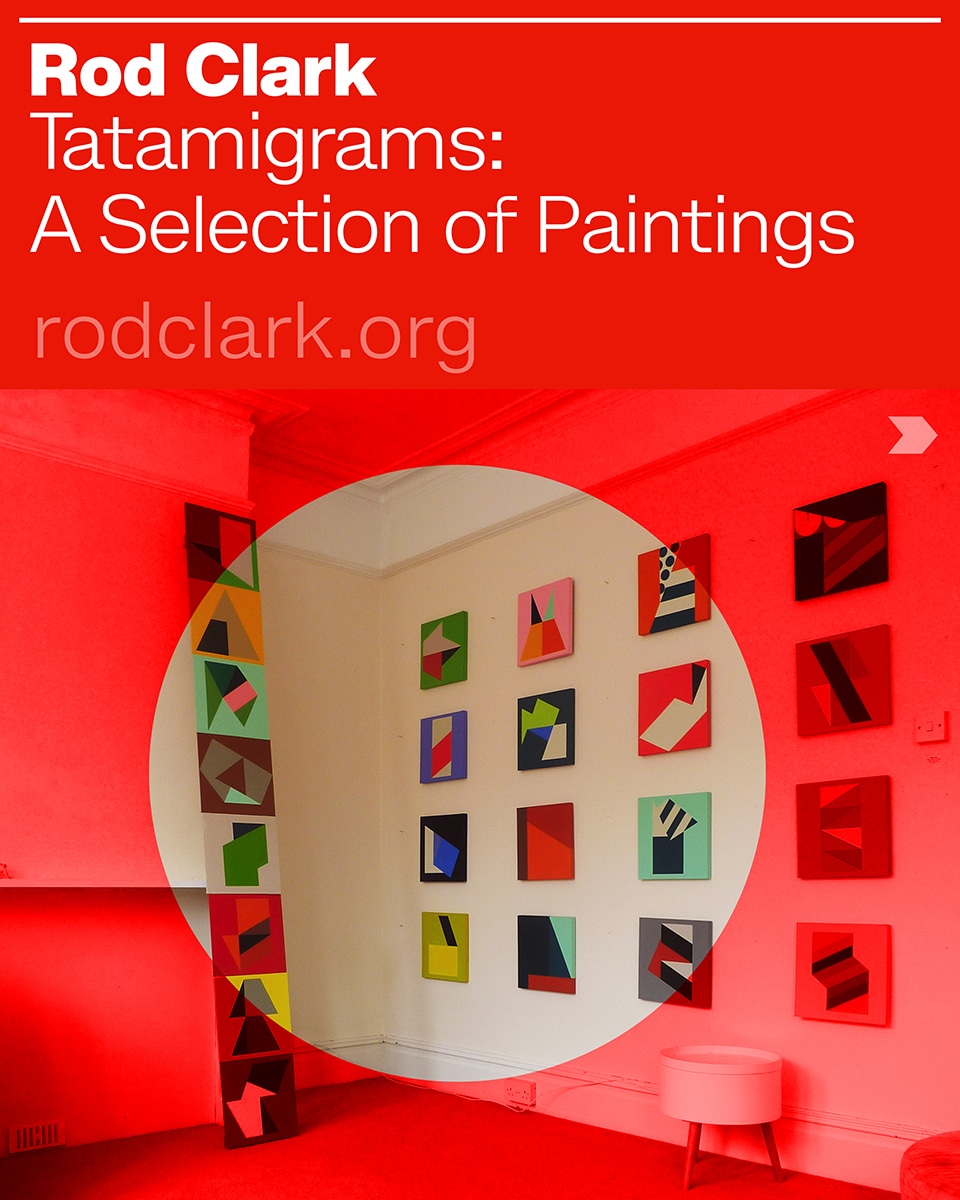 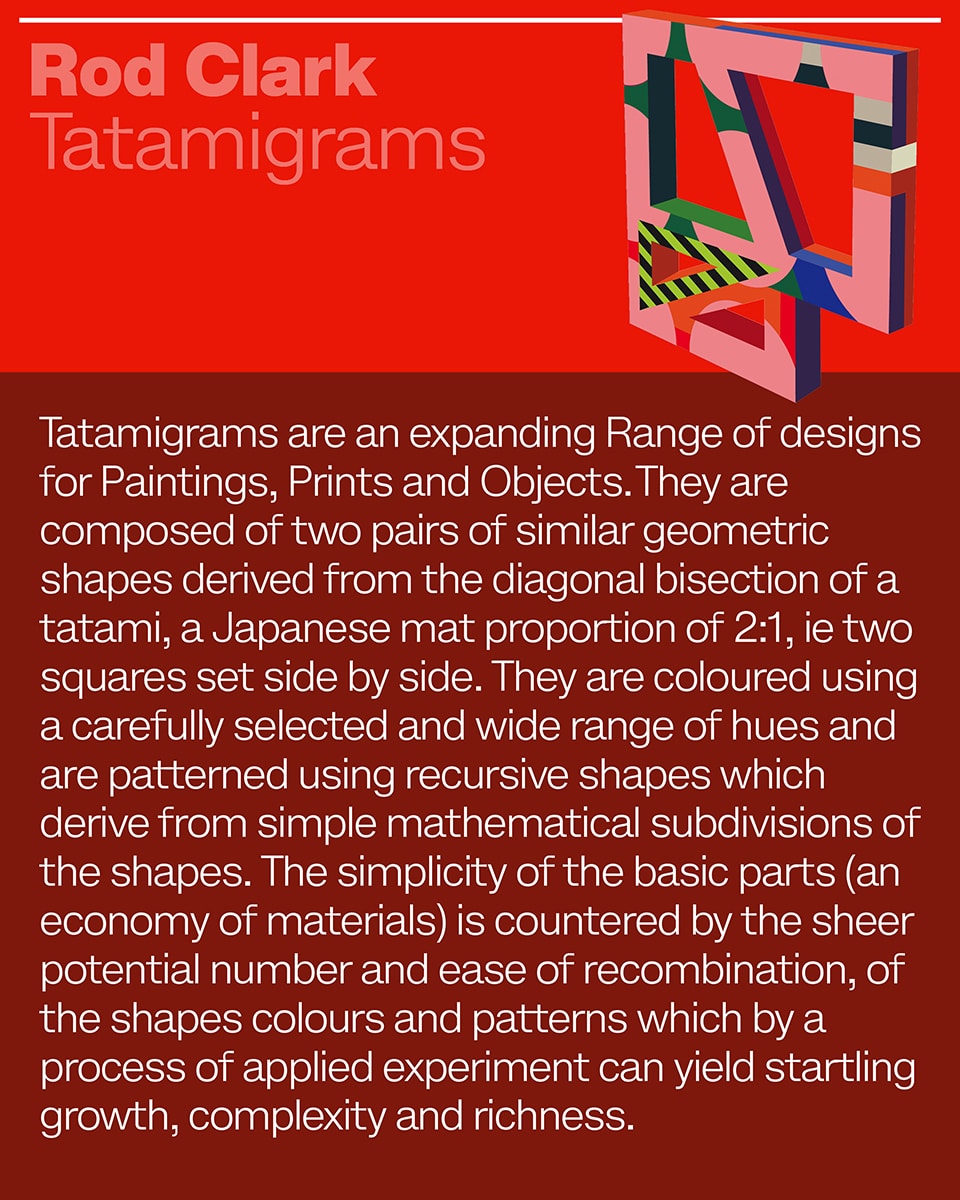 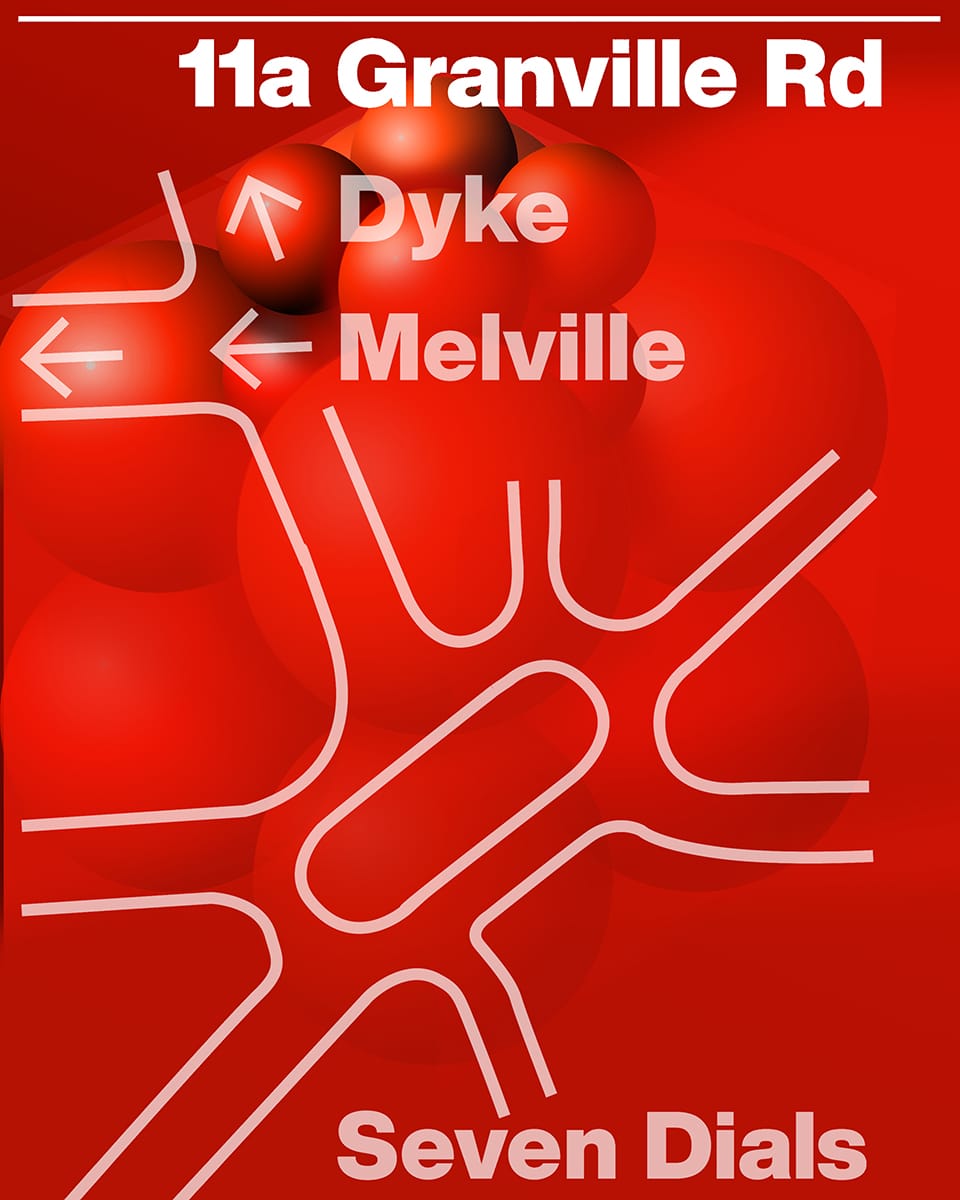 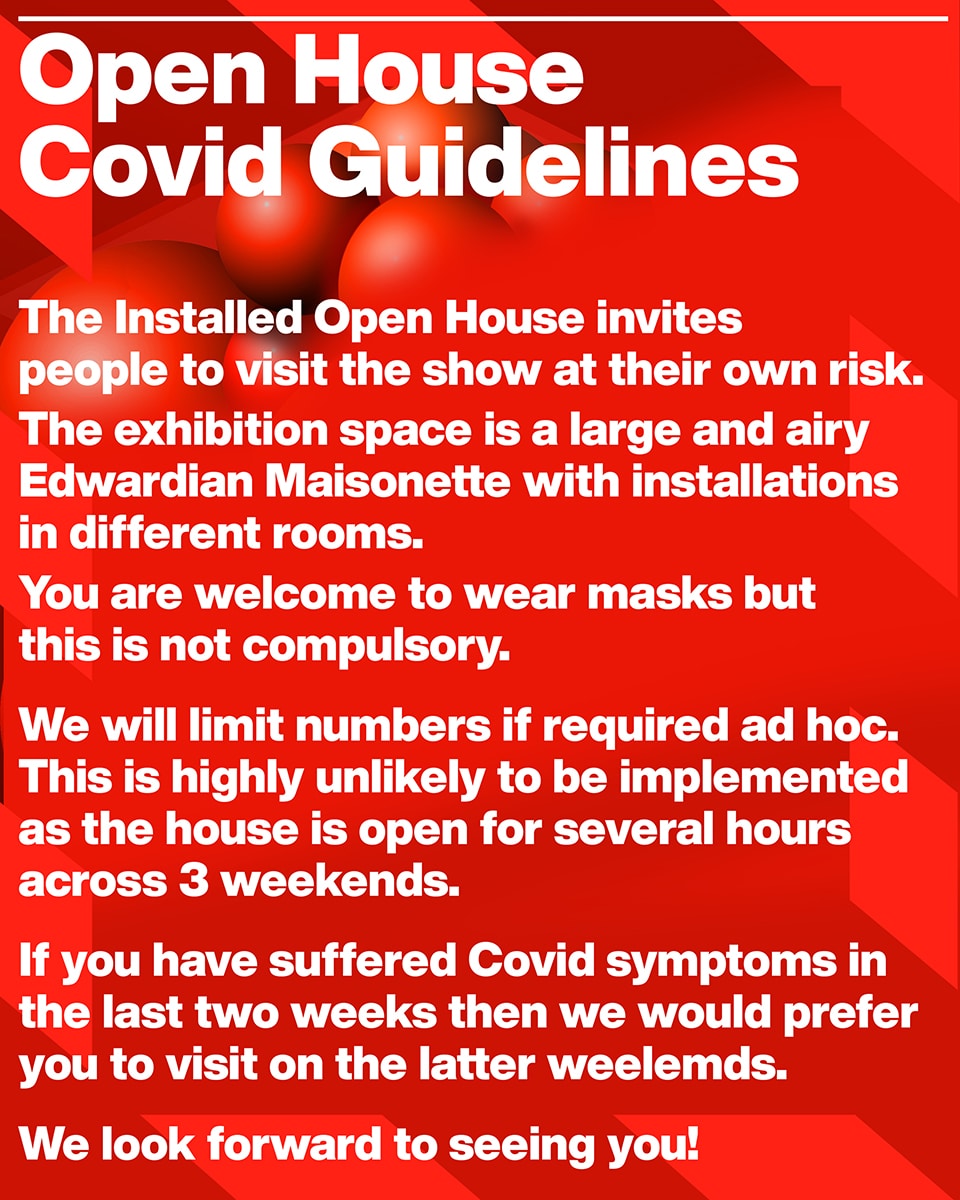 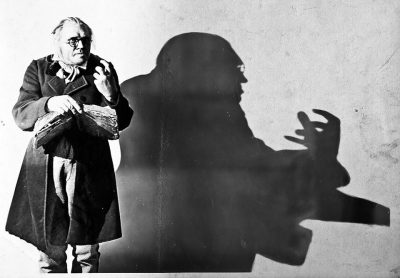 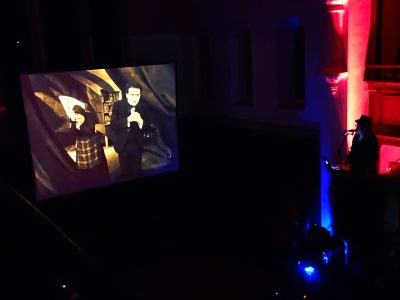 After sold out shows in 2015, Partial Facsimile – Surround Sound and Visual Art Collective – regroup to celebrate the centenary of the first horror film ever made!

“One hundred years on from its original release, The Cabinet of Dr. Cagliari remains a landmark of silent cinema, and a milestone in the development of film as a medium. One of the most discussed pictures of all time, Robert Wiene’s classic, which premiered in Berlin on 26 February 1920, has been called “the first true horror film” (by no less than US critic Roger Ebert). It has also been heralded as one of cinema’s earliest ‘art’ films, helping the fledgling medium to be taken seriously as an art form.” BFI Feb 2020

Using synthesizers, electric guitars, double-bass and vocal manipulation, Partial Facsimile members each take on the persona of a different character within the story and provide a contemporary immersive soundtrack the likes of which you will not have heard before.

The Cabinet of Dr. Caligari is celebrating its 100-year anniversary. The cult classic German expressionist film is considered to be the oldest horror movie ever made and Partial Facsimile is performing a live score in 5.1 surround-sound as part of this year’s Brighton Fringe Festival.

The performance will take place in the beautiful Bosco Theatre as part of the Spiegeltent Brighton 2020 program in association with local film company Filmspot.

Using synthesizers, electric guitars and vocal manipulation Partial Facsimile members each take on the role of a different character within the story and provide a contemporary immersive surround-sound backdrop to the film.

“Partial Facsimile had the good sense to set a mood rather than try to dominate the film; employing Godspeed-like ‘spectral tremolo’ guitar, with low double bass that seemed to counterpoint rather than underline it, above a refreshingly sparse use of electronics and effects. But perhaps most memorable was the vocalist’s contribution, quaveringly coaxing uncanny sounds from his mouth.” Gavin Burrows of Lucid Frenzy Junior (2015)

An in-depth review of our 2015 show at Fabrica Centre for Contemporary Arts can be read here -> https://lucidfrenzy.blogspot.com/2015/09/the-cabinet-of-dr-caligari-with-live.html 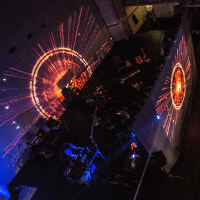 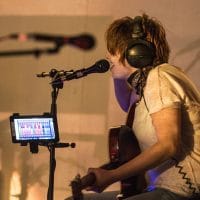 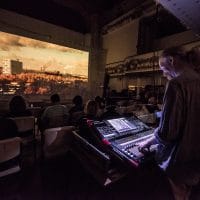 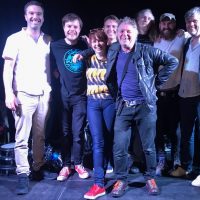 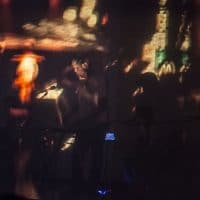 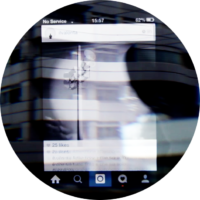